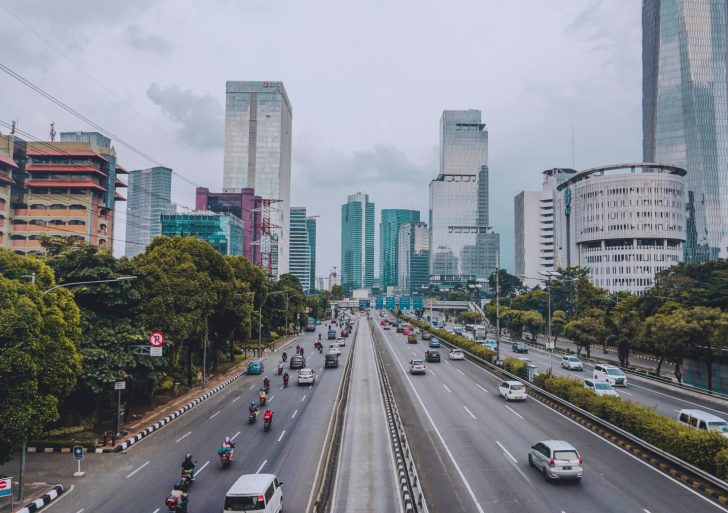 The human race is on the rise let it be education, technology, science, medical advancements, and whatnot. If there is anything that is on the receiving end of the impact of all this progressive human population than it’s our poor planet Earth. People living in this world have pushed this planet towards the verge of an alarming situation where its climate, eco-system, and environment is at risk of losing all the positivity it had some 20 or 30 years back.

We have been witnessing some high risk climate and environmental incidents where we observed oceans that were flooded with plastic wastage, cities that were infected with diseases due to increase of garbage and daily wastage and a recent event of Amazon Fire that is still ongoing and Government of Brazil is doing everything they can to overcome this colossal damage. The impact of all such incidents creates a fragile environment and concerns for our generations to come as we experience the extinction of plants, trees, animals and natural resources.

To overcome this critical situation many countries have come forward to join hands for a mutual venture where they thrive over eco-friendly and pollution-free environments. On larger prospects, major cities of the world were the initial target and therefore a sustainability movement was initiated back in 1994 which were named Aalborg Charter for sustainable cities and towns. After this movement, many cities have stepped up in taking the responsibility of creating a sustainable environment for humans and other species and took an innovative and integrated approach to make it better and better in the coming years. Thanks to the global awareness that was ran across all countries and nations via different organizations like IPPC, WMO, UNEP, GCF and many more that were sincere about climate and environmental challenges planet earth is facing, people get to understand the real impact of these issues. Fortunately, we have some success stories and examples that were set by some cities on this very planet that has overcome some of the major and basic issues and sustain their overall situation regressively. Creating footsteps for many other cities was to follow, below are some of the sustainable city trends that are making the rounds globally and applying such an approach can take your city to a clean, safe and healthy environment.

One of the increasing sustainable trends of the current time is the focus on automobile manufacturing and implying the automobile automation program that promotes fossil-fuel-free cars example of which is Tesla that is making cars and vehicles that can be run on electricity. The use of self-driven vehicles is also on the rise in different cities and following this automation trend will help to reshape the vehicle industry.

Production of food and agricultural goods is one area where we have observed a very less impact of technology-driven processes that can improve and innovate the whole system of farming and by applying which wastage of water and other natural resources can be controlled. In 2019, the agriculture sector will be in focus.

We are living in the century that is witnessing the extinction of plants, trees, animals and species living under the sea. Use of plastic and increased population has caused bio-diversity to deplete over an increasing rate. Thanks to the globally recognized organizations that are spreading awareness amongst public to avert the attention towards this issue and we can hope that in coming years our eco-system would become a better place for all the species our Oceans have. Some recent activities were performed in various cities where group of NGOs planned activities to clean the beaches and spread educational programs on pollution and wastage that is causing trouble for the species living in our oceans.

Cities like San Francisco has set an example for the world that the idea of recycling if implemented smartly can turn out to be effective in terms of saving cities from wastage and extra consumption. When you start recycling you are basically utilizing your wastage to be reused for several purposes rather than making it end in a garbage truck. There are many other cities that are working on recycling concept to improve their consumption of utilities and wastage control.

Plastic Usage and its effects

One of the major reasons that cause environmental issues is the increasing use of plastic in number of daily use commodities. Starting from a bottle of mineral water to shopping bags and what not, everything you see today is made out of plastic or some form of plastic that once used just does not dissolved and hence creates issues to our planet Earth. Our oceans are being filled with more plastic bags and bottles than fishes in it. One of the hot trends for a sustainable city is the ban on plastic usage.

Apart from working on environmental challenges its equally important for city governance to focus on general public needs and provide a healthy and active city life to the public. Parks, cafes, transportation, district and municipality services all needs proper attention in a sustainable city.

For a sustainable city, it’s important to take control over Co2 emission within city and reduce the usage of machines, vehicles and industrial burners that are damaging the Ozone layer and challenging the global warming. Steps like vertical gardens, alternative energy options and transport options that does not require an engine to burn fuel like bicycles, Segway, or e-bikes can bring a positive impact in sustaining the city environment.

In order to bring the efforts together to increase health care and medical benefits sustainable cities are working on more green environmental factors that includes more plantation of trees and natural resources. We have examples of Johannesburg and Seoul that set goals over tree planting and encouraging greener environment in the urban areas of the city. People living in metropolis city deprived themselves from the blessings of nature and hence fall early prey of diseases. It’s important to utilize the God’s nature and its gift to ensure healthier breathing environment in big cities.

With the help of energy and technology we can fight against all the challenges that we are facing in current time. Technology advancements helped us to find alternative solutions to farming, utilization of water, saving energy, labor efforts and enhancing the process of manufacturing and agricultural needs. Also, we have identified renewable energy option that can be handy in creating healthy and prosperous climate.

Another area where intelligent minds have worked regressively to bring a positive change,  A green building concept and effective ways of dealing with the garbage and waste construction of building creates. With the help of technology companies can reduce and smartly control the waste that is product while constructing buildings. On the other hand we have examples of cities like Singapore where companies have built vertical gardens on the top of their buildings to support greener environment.

Keeping all the action plans aside one of the most important step is to create awareness and spreading information about the current situation our planet is facing and how to overcome the climate challenges. We are lucky that technocrats, educationists and globally recognized faces have now step up to support this cause. Celebrities joining NGOs and United Nations to represent each of the climate challenges is a big deal that can bring all the people on one page. Leonardo Di Caprio is aggressively promoting awareness over Global warming and working on the goal to bring education to the people.

Last but not the least is the bureaucrats and investors’ interest in sustainable city movement. Individuals, private companies and business sectors are now coming forward to invest in the cause to make a city sustainable and a better place for people to live in.

We have number of set examples now with us that have created history in setting benchmark for other leading cities. Here we have shortlisted top ten sustainable cities that have achieved and already working on their future goals to overcome the challenges over planet is facing in terms of climate and global warming. Let’s have a look at those top ten eco-friendly cities destinations.

Apart from scenic landscapes and peaceful places to check out during holidays this city is listed as one of the top eco-friendly cities for two reasons.

Vancouver is surrounded by mountains, ocean and forest, which makes it one of the desired places to travel. Vancouver city is focusing on lowering their greenhouse gas emission and have set goals to achieve greener, safer and healthier environment for the city people.

Situated in Finland, Helsinki is one of the most visited cities and hence due to increased tourism they have enforced a complete eco-friendly accommodation system for tourists. Almost all the hotels in Helsinki are certified environmental friendly places.

Another most traveled and visited cities in the world are Cape Town, their city government has worked on alternative energy use to contribute in the environment friendly atmosphere. They are more focused to build green places in the urban area of the city for public to feel more environmentally healthy.

San Francisco is in the list of top ten eco-friendly cities because they worked on water consumption, public transport, green building projects, Co2 emission reduction systems and alternative energy usage. Its high ranked among all other North American cities as the most eco-friendly place to visit.

It’s considered second best city in the world in terms of environmental performances run by any city. As per the survey report of 2015 Bristol managed to save energy use by 16%. Their goal is to reduce Co2 emissions by 40% by 2020.

Yes, Oslo is the world’s greenest and most eco-friendly city awarded by the European Sustainable City in 2003. Some of the recognized action plans taken by the city were;

Denmark is one of the top nations that are known for greener landmarks, healthy dairy products and established farming systems. They managed to achieve 50% mark in reducing Carbon emission successfully, they also emphasis on organic food and hence one of the reason why people of Denmark looks fresh and healthy.

Ranked on the top of the list of sustainable cities back in 2016, Zurich aims to use only 2000 watts per person by 2050. City is focused on using renewable energy projects and invests big time in sustainable energy plans. It’s one of the most visited places by tourists and hence they are eventually playing a vital role in showcasing the most eco-friendly environment to the visitors.

Working on its plan to become one of the top eco-friendly cities, Malmo, Sweden is already in our list. They are set to achieve their goal of treating soil contamination and on reduction of greenhouse emissions by 2030.

Facts are getting straight and its more serious then we can imagine. People are now taking responsibility on an individual level to improve the polluted environment. We can hope that in 10-15 years the challenges we are facing now will be resolved. If not, we will do our best in the meanwhile 🙂