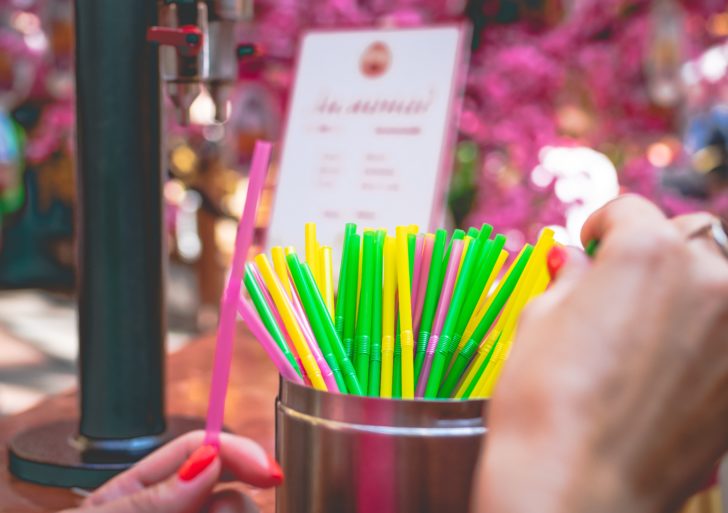 Up until late 2017, plastic straws were commonplace at restaurants, parties, fast food outlets, and schools all around the world. But as the environmental effect of using them became increasingly apparent, so did the need to get rid of these plastic pests once and for all. But why are plastic straws so bad?

Although technically a hard plastic, which is recyclable, almost all plastic straws never make it far in the recycling process. With most; due to their size and lightweight nature, simply falling through gaps as they travel down the conveyor belt of waste sorting machines. They then eventually end up in landfills; where they never completely biodegrade and are commonly picked up by strong winds, ending up in our oceans or waterways causing unfathomable harm to our marine life.

Even now; one million birds and over 100,000 sea mammals die each year from eating and getting tangled in plastic waste.

Due to an array of recycling and waste disposal issues, it is estimated that there are over 150 million tonnes of plastic in the world’s oceans, with that figure rising by 8 million each year. When you consider that most of this plastic is almost impossible to remove and is unsustainably increasing, it is clear to see that if we do nothing we will be heading for an environmental disaster. And with plastic straws proven to be one of the main offenders in this tragedy, can we truly afford the luxury of their continued use.

Plastic straws never truly biodegrade, instead, they break down into smaller and smaller pieces until they become what is scientifically known as microplastics. These are small plastic sediments, usually the size of a sesame seed, that are often mistaken for plankton or other life-sustaining ocean pasturage and are ingested by almost all marine life. This has absolutely dire consequences, as it eventually blocks the digestive tract of its consumer, reducing the urge to eat and causing deadly starvation.

Even straws that do make it further in the recycling process are usually incinerated due to food contamination, contributing to the release of carbon emissions into the atmosphere. Clearly, as there is no good way to dispose of plastic straws, more must be done to shift the market over to alternatives that already exist and more funding needs to be given to those developing increasingly sustainable options. But how can we change the habits of a whole society?

What Can Be Done?

Most companies producing single-use plastic items are simply not willing to overhaul their practices or production methods to assist in this plastic battle. And it’s easy to see why. Sustainable alternatives are notoriously more expensive to manufacture and have a much smaller market due to this increase in costs. Additionally, companies are not held responsible when it comes to the disposal of its products, nor are there any other monetary incentives are offered to those who are willing to change their ways, meaning that they may not be financially able to do so.

Some companies, however, have identified the importance of this kind of change and have also noticed the recent shift in public opinion. One such company is global megabrand Starbucks, who have pledged to stop using disposable plastic straws by 2020 in all 28,000 of its stores. Instead, they are opting to use recyclable straw-less lids, all to reduce environmental plastic pollution. But some environmentalists claim that this is not a good enough solution as these lids will be made of even more plastic and though they are much easier than straws to recycle, that doesn’t mean they will be. Plastic lids actually contribute just as much to oceanic plastic waste as plastic straws and though they are marginally better, they don’t solve the pollution problem entirely.

Popular Hotel Chain The Hilton is also looking to half its environmental footprint before 2030 by removing plastic straws from 650 of its properties. Disney has also removed plastic straws and stirrers from all of its locations as part of the company’s “long-standing commitment to environmental stewardship.” And it’s not just businesses who are making the switch.

The UK government has confirmed that by 2020 all plastic straws will be banned. This breakthrough was announced after a public poll on the issue, and over 80% of people voted in support of a ban on the sale of plastic straws. When in full effect the ban will eliminate an estimated 8.5 billion plastic straws used every year in the UK. They’re not alone, even some states in America are looking to move away from their constant consumption of single-use plastic.

California is one of these states and has begun by phasing out the use of straws in bars and preventing straws from being automatically provided with drinks, meaning that customers will have to specifically ask for a straw when ordering. Violating this law will cost the offending restaurant up to $25 a day making it much more likely to be abided by. Unfortunately, this does not currently apply to to-go cups or take away drinks. It is not an unprecedented move for California as they have been known for being the very first American state to ban single-use plastic bags in most of its stores.

The creation of this kind of government policy will effectively force companies to look for more sustainable alternatives that will decompose quickly and have a shorter life-cycle. The ban also brings the plastic waste problem to the forefront of public discussion, raising awareness and helping the public recognize the environmental harms of plastic.

On the other hand, there are some (though not many) that massively oppose this change and there are undeniably some very valid arguments. One such argument is the difficulty faced by those who rely on plastic straws for medical reasons. for example, those with conditions such as Parkinson’s who would find holding a cup alone impossible and potentially even dangerous. In fact, historically hospitals were one of the first the embrace bendable straws as they allowed their bed-bound patients to drink with ease. But this issue has not been ignored.

Governments and sustainability-focused companies are continuously looking for ways to reduce their plastic use without alienating those who require bendable straws for medical reasons. The UK will ban the use of plastic straws in bars and other public spaces but will ensure that special dispensation is given to those who require it and that no additional cost will be implemented.

What’s The Deal With Paper Straws?

Paper straws are a fabulous alternative as they are biodegradable and emit far fewer carbon emissions during decomposition when compared to plastic. They are also far cleaner to produce, cleaner to incinerate and decompose at a far quicker rate.

On the other hand, the production costs associated with paper straws are much higher. This is because their production is almost four times as labor-intensive as plastic straws and due to the heaviness of the material they are more expensive to transport. All of this additional cost will most likely be passed onto the consumer which is obviously not ideal.

What’s more, although they are less harmful to the environment, they are not without their own problems. The introduction of paper straws would massively increase paper production which will certainly contribute to deforestation; and overall more greenhouse gasses are emitted when making paper straws than plastic.

What Are Some Other Alternatives?

With paper straws being only slightly better than plastic, some environmentally conscious people are wondering if we can do better, and there are some really good alternatives. One lesser-known alternative is grass straws, these are naturally non-porous so they won’t soften like paper straws, but are expensive, still single-use and eventually expire.

Bamboo straws are also a good alternative as they are also biodegradable, completely reusable and last for a year on average. But once again, they can be considered fairly expensive and can sometimes have an off-putting grassy aftertaste; especially when left in hot water.

Though it’s hard to deny that the favorite reusable straw choice is metal. Mostly made from stainless steel these straws can last for years, whilst remaining rustproof, durable and having absolutely no aftertaste. Unlike other alternatives, you can also pop it in the dishwasher making it exponentially easier to clean than bamboo. Steel is also 100% recyclable, and as it is heavier than plastic will be much more likely to be recycled without the risk of being carried by the wind. If metal straws do make it into our oceans they cause much less harm than plastic, as they remain intact and sink to the ocean floor.

FinalStraw is one company looking to provide a quality, and most importantly, sustainable solution. Inventing a collapsible and incredibly portable drinking straw that can be used for many years. This straw also functions as a keyring, clipping on to your keys or purse making it more than just a straw, it’s also a fashion statement. While some focus on reducing waste, FinalStraw aims to eliminate the need for single-use plastics one straw at a time, making it one of the few companies to step up in a time of crisis. And FinalStraw are also trying to raise awareness of how damaging single-use plastics can be by selling stickers with environmentally conscious quotes.

Straws are just the tip of the plastic iceberg, there are many other single-use items causing havoc in our waterways. Another of these environmental offenders are plastic bottles, which have seen an explosion in use in more recent years, with bottling companies now producing an overwhelming 1.6 billion bottles per day. In fact, an audit of waste conducted by environmental group Break Free found that a huge majority of bottles found in our seas and along our coastlines were produced by well-known brands such as Coca-cola, Pepsi and Nestle. And it’s not just bottles, 46 percent of the plastic waste in the pacific actually comes from fishing nets that have been lost, damaged or just discarded improperly. Hopefully, this ban may start a global conversation about the damage our constant plastic consumption causes and more can be done to clean up or ban all of the unnecessary plastic waste, not just straws.

Much of the western world is moving towards a more sustainable way of living, taking far more accountability of the effect our consumerism has on the planet. But it is the developing world that will struggle most in this cleanup effort. Most developed countries simply ship their waste to far poorer ones who do not have adequate waste disposal systems or the resources to implement them, often relying on trash pickers to physically sort through the piles of waste. This is ridiculously dangerous, as this waste carries disease and harmful gasses that cause cancers. What’s more, many of these dumping grounds neighbor local villages, sometimes poisoning groundwater that the population desperately rely on.

Ultimately, more must be done to protect our environment and although little, straws play a huge part in this, and we do not need them. Used for an average of 20 minutes before being thrown away and taking around 600 years to break down it would be fair to say that for most of the world’s population straws are nothing more than a disposable convenience.

With our marine life greatly suffering and with more and more endangered species becoming extinct, more must be done and at a far quicker rate. Simply banning plastic straws will not change this plastic epidemic, but it will certainly help, and by taking this first step we can begin to undo the damage that has been done. Though there is some reluctance, when it comes to this kind of ban polls around the globe have proven that the support is far greater than any opposition. Time is running out, and if we do not change government policy and public opinion now, then by 2050 there will be more plastic in our seas than fish.