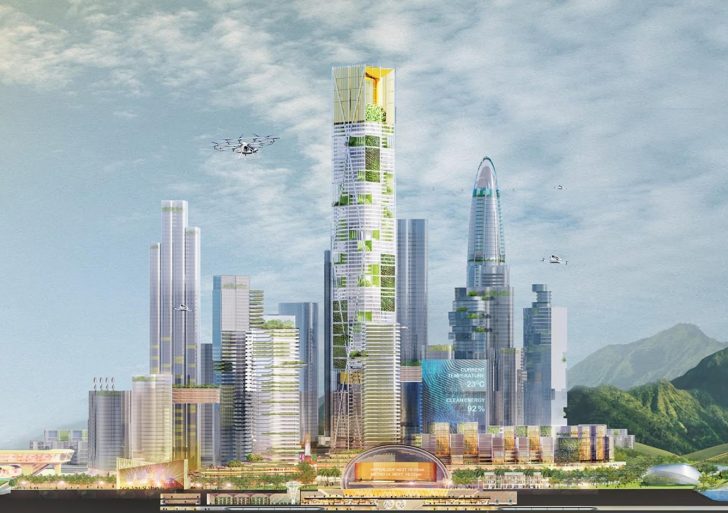 Sustainability Into The Future: Can It Be Done?

A popular idiom of the western world is “You can’t have your cake and eat it too”, usually this line is rolled out in response to someone’s desire to have all of the good thing in life without sacrificing something else to gain them. When it comes to a sustainable future though, can it be done?

Depending on a number of factors (Age, occupation, country of residence, political leanings, etc.), the topic and pursuit of a sustainable future conjures up all sorts of images and ideas. To some it is an attack on their very existence and way of life, a “resource heavy” life. To others, the sustainable future is a sort of fervent life mission. One where mankind should step back into a regressive, albeit idealistic, version of society where we live in harmony with the land and animals. Where we all live in communes eating various types of beans and tie-dying t-shirts to pass the time. To yet another group, and probably the largest group of all, are those caught in the middle of these two polar opposites. The sustainable future seems to be this constant argument that everyone is having, with thousands of “facts” and “counter-facts” flying around like missiles. These are the confused everyday citizens of the world who simply want to know, “Why can’t we have progress and growth without ruining the world in the process?”.

What is Sustainability into the Future?

A sustainable future can seem like some sort of insurmountable obstacle or a mountain peak that simply cannot be conquered, and to many its simply just a confusing or misunderstood concept. If you were looking for a dictionary style definition of sustainable development, the most common one comes from the Brundtland Report of 1987:

“Sustainable development is development that meets the needs of the present without compromising the ability of future generations to meet their own needs.”

When you see it written in plain English it seems a simple, and a rather logical concept. That we should strive to better our lives currently but not at the expense of our children and grandchildren. Is it really that simple though? Well the brief answer is no.

Depending on context, achieving sustainable development can mean different things to different people, places and industries. Sustainability in transportation will have an entirely different set of obstacles and opportunities to sustainability in the world of fashion for example. So, the best way to tackle this behemoth subject is to get specific.

The Food and Agriculture Organization of the United Nations (FAO) monitors and assists in the implementation of initiatives to track and prevent poverty worldwide and help to achieve food security. The UN currently has a 2030 Sustainable Development Goals (SDG) programme in place and according to the FAO interim report almost all key indicators show a regression in statistics in the last 4 years with poverty and food scarcity on the rise. This means there are approximately 830 million people experiencing hunger every day.

According to the FAO roughly one third of the food produced in the world for human consumption every year — approximately 1.3 billion tonnes — gets lost or wasted. The World Resources Institute (WRI) estimates that feeding the world sustainably while reducing agricultural land use and GHG emissions by 2050 will mean the whole world:

Global agriculture accounts for 25 percent of global emissions (12 Gt of CO2 per year). The figure could reach 15 Gt of CO2 by 2050. This is more than 70 percent of the global “carbon budget” set in the Paris Agreement to limit global warming to less than 2°C. This would leave just 30 percent for other sectors that generate GHG emissions, such as transport.

Much of our energy today comes from three high-energy resources – oil, coal and gas. These resources took millions of years to form. Over the last couple of centuries, we’ve been avidly consuming them so it’s reasonable to suppose that one day they will all be gone. The experts differ on how long coal, oil and gas will last and estimates vary from decades to a few centuries.

Fossil fuels have the advantage of being a relatively inexpensive and stable source of energy, but stocks are finite. Sustainable energy sources such as solar and wind power are potentially limitless, but supply is inconsistent, and they require large amounts of capital investment to make them a viable source.

Also, not all so called renewable sources are themselves sustainable. For example, some biofuels such as ethanol made from food crops like corn are no longer considered sustainable because of the competing need for the land on which the feedstock grows. Secondly, some renewable sources such as wind and solar PV are too variable to meet our continuous power demands unless combined with conventional sources (fossil fuels and nuclear) to fill in the gaps. Others, like solar thermal with sufficient heat storage to produce continuous reliable power, are prohibitively expensive.

Major progress needs to be made to make sustainable options more cost effective across both production and storage of energy. Luckily there are many new technologies in development, some may only end up being conceptual projects, but others may power our homes and businesses someday soon. Some of these inventions include:

In 2050 nearly 70 percent of the world’s population—6.7 billion people— is projected to live in urban areas. The United Nations Habitat report on climate change notes that cities are not investing adequately in tackling climate change, and unplanned urbanization has led to environmental degradation. Today, even as cities cover less than 2% of the Earth’s surface, they consume 78% of the world’s energy.

By greening cities around the world, we have the opportunity to make a positive impact on climate change. But how do green cities help in the effort against climate change? Eco-cities all share similar characteristics: They aim to reduce or eliminate fossil-fuel use, adopt sustainable building practices, promote “green space” and clean air quality, implement energy-efficient and widely available public transportation, create walkable city designs and develop well-organized mixed-use neighbourhoods that combine living, working and shopping.

There are a huge array of ideas and inventions that can benefit urban dwellers, everything from improved town planning to new tech. Here are some of the top ideas at the moment:

This $2 trillion industry is responsible for 10% of the global carbon footprint, negative environmental effects including water pollution, the use of toxic chemicals and high levels of textile waste, and poor working conditions for millions of workers, primarily women.

In 2018, 235 million items of unwanted clothing were expected to be dumped into landfills in the United Kingdom last year and fast fashion giant H&M “incinerating over 60 tons of new, unworn apparel” at one a waste disposal facility in Denmark, alone, over the past several years. Consumer sentiment on the other hand is showing a shift, in 2015, Nielsen published a sustainability report that showed 66% of consumers will pay more for a sustainably made product. This trend has been on the rise and only growing, consumers have begun to invest in brands that are actively seeking sustainable alternatives such as Fairtrade cotton

So how do we encourage this sustainable movement into the future? Well here are two things that consumers can take advantage of and call for from the industry.

The sustainable movement and the “Green Wave” have gone from strength to strength in Europe. In recent times we have seen new champions against the climate crisis such as Greta Thunberg the 16-year-old Swede leading the worlds school children on climate strikes worldwide. In the US a 2018 Gallup analysis found a “global warming age gap” in some beliefs, attitudes, and risk perceptions. For example, 70% of adults aged 18 to 34 say they worry about global warming compared to 56% of those aged 55 or older.

So, say what you like about technology, innovation and all the bells and whistles of progress. Progress is not possible without people power to drive it forward, and that mantle seems to be taken up by millennials (Gen Y) and Generation Z (or iGen).

Can we have a sustainable future? Can we have our cake and eat it too? I think we can, but it will involve a communal effort. Its not too late to turn things around. The future is not written in stone.