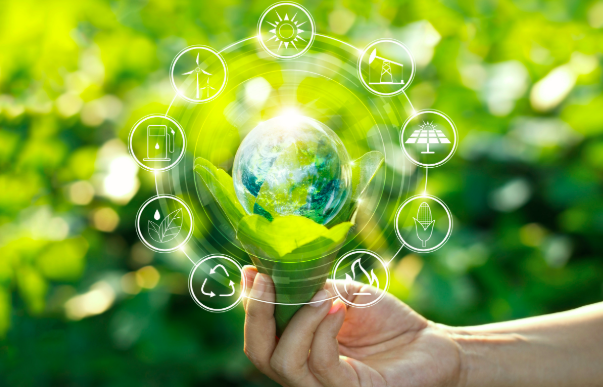 Sustainability: Past, Present, and Future

Sustainability is perhaps one of the hottest subjects of the 21st century. We have heard so much of it, especially when it goes hand in hand with the concerted efforts to save our fragile world from the threat of climate change.

This article discusses how industries across the globe are changing ways to implement policies and innovations that take aim at business sustainability. We will be focusing on the past, present, and future of sustainability of two industries: Cannabis and Plastic.

To get started, let’s have a brief look at the history and meaning of sustainability.

The word, sustainability, is such a buzzword we often hear it in every environmental conversation. This is true particularly in the context of business to energy, industrial and agriculture but what exactly does sustainability mean?

By definition, sustainability focuses on meeting the needs of the present without compromising the ability of future generations to meet their needs. The sustainable concept has been around for a very long time and that’s because humans always have concerns over adequate resources, i.e. food and water, to supply our needs both in the good and bad times.

The earliest meaning of sustainability came from a German word – Die Nachhalglikeit. It means, “sustained yield.” This word first appeared in a handbook of forestry published in 1713. The original meaning was – never harvesting more than the forest can regenerate.

The term, sustained yield, began to appear in English in the 19th century. From that point, its meaning continued to evolve and change to fit specific needs, especially with the influence of the new discipline – Ecology.

Ecology is the scientific study of the distributions, abundance, and relations of organisms and their interactions with the environment. Ecology includes the study of plant and animal populations, plant and animal communities and ecosystems.

At the turn of the 20th century, ecology emerged as a new scientific discipline. It has also solidified the meaning of sustainability. Hence, the concept of sustainability became more inclusive. It refers now not just to forests, but to all biological systems. Ecological sustainability, then, is the ability of an ecosystem to maintain its essential functions and to retain biodiversity over time.

The concept of sustainability

Here’s how it works. The three pillars of sustainability are a powerful tool for defining the complete sustainability problem. This consists of at least the economic, social, and environmental pillars. If one pillar is weaker than the rest, then the system as a whole is unsustainable.

As the call to combat climate change has accelerated in recent decades. Many industries and companies around the world have chosen to adapt to new and sustainable ways of doing business.

For the businesses, products, and innovations to be sustainable, they must incorporate the core concept of sustainability into their approaches. It is sometimes known as – industrial sustainability.

How do they do it? Many companies are actively integrating sustainability principles into their businesses. These goals are the following: saving energy, developing green products, and retaining and motivating employees, etc. They help companies cement value through growth and return on capital.

These successful & sustainable companies then influence other companies in the same industry to follow this important growing trend.

Now that we have familiarized ourselves with sustainability, let’s have a look at two different industries that took the concept of sustainability to their hearts.

Cannabis has been around with us for centuries. There are two types of cannabis: marijuana and hemp. We are mostly familiar with marijuana but its cousin, hemp, has been steadily growing in popularity in the recent years.

Many regard hemp as the magic plant of the 21st century and for a good reason. Over thousands of years, humans have discovered many great benefits from the hemp plants. It can easily be transformed into a wide variety of goods and products.

The plant stems are used for fiber production. It is known as hemp fiber. We use it to make paper, clothing, rope and building materials. Another important use of the hemp fiber is as a plastic replacement. This is called hemp bioplastic.

The hemp seeds can be converted into organic protein and flour. Its leaves and flowers are the main sources of hemp oil and CBD extract. The hemp-plant magic doesn’t just stop there. The whole plant can be used to feed livestock and make biofuel/bioethanol.

Hemp cultivation is now showing signs of proliferation as the world begins to recognize the myriad of benefits stemming from the hemp plant.

The growing call to protect our fragile environment has prompted many countries to explore more benefits from the hemp plant. Three regions in particular have seen a sharp rise in hemp research and development: North America (Canada and the United States), South Africa and Israel.

Cannabis has long been a part of human history since ancient times. For centuries, humans have discovered many benefits of the cannabis plant for both recreational and medical purposes.

As mentioned earlier, there are two types of cannabis: marijuana and hemp. Marijuana is psychoactive cannabis (it gets you high) and was also used as medicines for thousands of years. Hemp, on the other hand, is non-psychoactive cannabis, in which the public gives it a more favorable view due to various medical and other great benefits.

In modern times, marijuana has often been cast as a dangerous illegal drug. Since hemp is also a cousin of marijuana, both cannabis species have not been legally allowed for cultivation and manufacturing for years in many parts of the world.

The growing acceptance of cannabis began in 2013 when Uruguay became the first country to legalize recreational marijuana through legislation.

2018 was a big year for the cannabis industry. In Canada, the passage of the Cannabis Act that year had not only ignited and proliferated the Canadian cannabis industry, but also made it one of the largest cannabis markets in the world.

The recent passage of the US Farm Bill in December 2018 made it legal for hemp cultivation in the United States. The marijuana, however, remains a Schedule 1 drug under the federal Controlled Substances Act of 1970. Unlike its neighbor, marijuana and hemp are completely legal for cultivation and recreation in Canada.

It is expected that the North American cannabis market will be worth approx. $47.3 billion by 2024. The figure will likely change If cannabis is legalized in all states of the U.S. by 2024. For this reason, the total value for cannabis could be reaching beyond $50 billion.

The explosive consumer demand for cannabis products drives product evolution, R&D and product proliferation. In 2018, we saw a massive $881 million investment from venture firms being injected into many cannabis startups.

One thing that sets the cannabis industry apart from others is that the rise of the industry comes at a time when the idea of sustainable development is a hot topic across the globe.

The cannabis industry took advantage of the “sustainability” approaches to build its strong foundation as well as paving the way for its robust future!

To measure how sustainable the cannabis industry is, we will use the Three-Pillar of Sustainability to answer the question.

The massive funding into cannabis R&D will help improve cannabis technologies. This will eventually lead to reducing the amount of carbon footprint in all stages of cannabis cultivation and manufacturing.

The mass production of plastics started in the 1950s and has since increased nearly exponentially. In 1950, plastics produced 1.7 million tons per year and in 2014, the annual global production reached 311 million tons.

In reality, the total quantity is even higher since these numbers do not include fibers made of polyethylene terephthalate, polyamide, polypropylene, and polyacrylic. It is estimated that plastic production could approach almost 2,000 million tons by 2050 if the production and use trends do not decline.

They’re in the cell phones, televisions, computers and other electronic equipment that makes modern life possible. They’re in the roofs, walls, flooring and insulation that make homes and buildings energy efficient. And plastics in packaging help keep food safe and fresh.

Plastics are designed to throw away after use and meant to last forever! They are not considered sustainable material as they take thousands of years to break down. Many plastics end up in the ocean causing harm to marine life. Since they are made from fossil fuel, the harmful chemicals can get released to the environment that now, we are beginning to understand their negative impacts.

Plastics became so popular during WWII in the United States and continued to grow in popularity after the war ended. By then, plastics had transformed into a variety of household products. And with it, a growing positive perception of plastics among many American families.

This positive trend didn’t last for very long. The first wave of environmental concerns in the US occurred when plastic debris in the oceans was first observed in the 1960s.

Also in 1969, a major oil spill occurred off the California coast and the polluted Cuyahoga River in Ohio caught fire. This immediately raised concerns about pollution in the United States. As awareness about environmental issues began to rise, the growing issue of abundant plastic wastes caused a lot of concerns and anxieties among the Americans.

According to the Plastic Association, most sustainability efforts by the plastic industry are now focusing on the following:

These above efforts center around the idea of recycling and waste reduction. The plastic industry is growing faster than ever before as the plastic demand continues to rise around the world.

Despite a declining reputation, plastics are useful to modern life. Plastics help and are parts of the development of computers, cell phones, and most of the lifesaving advances of modern medicine.

The use of plastic is likely here to stay but the most important question is – how do we make the plastic industry sustainable and good for the environment?

An obvious solution is the continuing development of biodegradable-plastic or bioplastics.

Bioplastics can be described as the following:

Globally, over 1.7 million metric tons were produced in 2014 and contributed to $4.4 billion and 32,000 jobs in the U.S. Bioplastics are one of the fastest-growing sectors of the plastics industry, with an anticipated 20-30% annual growth. Biodegradable plastics also reduce the amount of trash that is sent to landfills.

Sustainability is the key to success for the future of business. The cannabis industry is a great example of a new & upcoming industry that fully embraces the idea of business sustainability.

On the contrary, the plastic industry will continue to struggle due to the bad -unsustainable reputation of its base product – plastics.

It’s still too soon for bioplastic to replace traditional plastics but for certain, it has a bright future lying ahead.