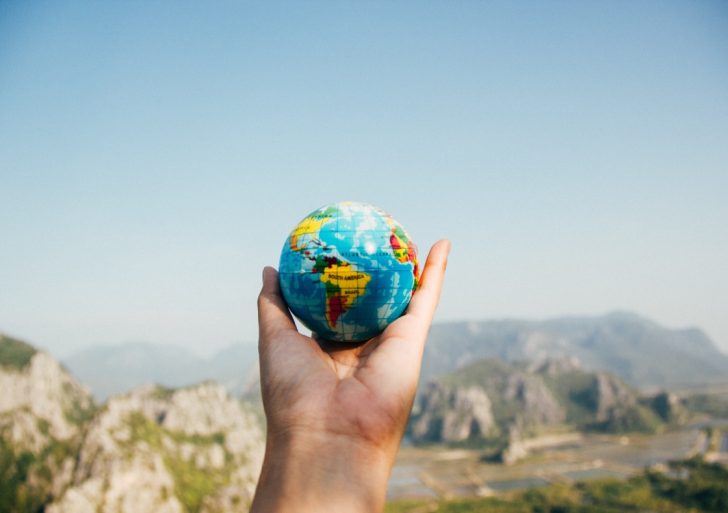 Sustainability: Through the eyes of a millennial

Danielle discovered while researching for his masters that deforestation was giving a hard time to the manufacturers of simplest good as guitar. The realization that piano which he loved playing since he was a kid had once been a tree drove Danielle into thinking on how significant sustainability is in every aspect of human life. At the age of ten, he wrote about the impact of acid rain to the then president, George Bush, and genuinely expected him to reply. These experiences instigated him to build sustainably responsible business practices in one the world’s leading beauty brand L’Oreal. Heading the CSR and sustainability department for L’Oreal, Danielle Azoulay is doing his bit while inspiring several other businesses and individuals around the world.

But why does he or the people like him care about sustainability when they can go about living in oblivion or ignorance like everyone else? It is simply because they know that mere ignoring won’t prevent problems from occurring. There are people who are constantly inventing and discovering new business practices for sustainability while not compromising with their productivity. In a way they are both nature and revenue friendly.

You might have at least once read in your school textbook the definition of sustainability as per the World Council for Economic Development (WCED) which states that it is all about meeting needs of the present without having to compromise the ability of future generations to meet theirs. 21st century sustainability concept is more than that. It is more about finding new ways of consumption that could be used by future generations in order to foster sustainable development. However, sustainable development is not something that can be read from the textbooks only to forget it later but it takes realization and contribution from individuals.

German businessman Joe Kaeser born in 1957 summed it up when he said, “Sustainability is not just about adopting the latest energy efficient technologies or turning to renewable sources of power. Sustainability is the responsibility of every individual every day. It is about changing out behaviour and mindset to reduce power and water consumption, thereby helping to control emissions and pollution levels.”

What do you think will happen in absence of any of these?

These are survival questions that need to be answered as the intergovernmental panel on climate change have claimed in their one of the reports that there is a rise in the global sea level of about 8 inches, since 1870.

In a report published by Robert Kunzig at National Geographic Society, it has been stated that the presence of carbon dioxide in the atmosphere today is more than it had been in last 800,000 years.

NASA and NOAA data presents that 2016 global average  recorded the warmest year, 1.78 degree F warmer than mid 20th century average, making it 17 of the 18 warmest years since the year 2000.

An area of coastal ecosystems larger than New York City is destroyed every year, removing an important buffer from extreme weather for coastal communities.

While these are only few stats and facts, internet is packed with even more alarming statistics about the growing impact of hazardous human activities that lead to uncertain future. If still nothing changes, human existence will be on verge of finalization.

Should we still be asking why sustainability matters?

Sustainability is businesses’ serious business to survive in the long run and it is true for all major corporations today. Number of researches and surveys support that business world has become more responsive and responsible towards sustainability in last few decades. Here’s what the findings of the yearly survey conducted by the BSR/Globescan 10th Annual State of Sustainable Business Survey (for the year 2018) has revealed on sustainability issues corporate are more concerned about-

There’s no doubt that sustainability is no more mere a buzz now but a crucial goal serving vital benefits for the corporations, in more than one way:

Sustainability In The Food Industry

Food Inc, a 2008 released documentary film directed by award winning film maker, Robert Kenner talks about the American food industry and its state to bring attention to the extensive practice adopted by large multinationals for executing their production methods even at the cost of sustainability.

Nestle, one of the well known names in food industry is exemplary of great strategic sustainability. From keeping in check the environmental impact of packaging to water and waste management, they have aimed to create optimal production methods without having to compromise on sustainable business practices. Whereas brands like Unilever, Pepsi, coca cola and so forth have devised ambitious agenda to tackle the business footprint on the environment. The efforts by these socially responsible companies need to be imitated by others like them. There are several ‘otherwise’ consequences that can make us regret later on.

It is estimated that by the year 2050 the Earth’s population might touch the extravagant figure of 10 billion, which means, more mouths to feed. Though the technological advancement has avoided the occurrence of famines, it has still not fully eliminated the chances of death due to starvation and the ever growing population is alarming the situation calling for more contributions towards sustainable practices in the food industry.

Sustainability In The Fashion Industry

Not everyone might be aware of the term ‘Sustainable Fashion’ as the concept to bring innovations into fashion products and industry as a whole.

Clothes and accessories comprise great deal of consumption in any Nation making it even more prone to unethical business practices. In the face of increasing water consumption, carbon emissions and harmful chemical waste, the smart thing to do is development of technologies to control these. Companies should imitate the brands who are taking productive steps in promoting sustainable fashion by sourcing organic fabrics, adopting eco-friendly dye and print, avoiding unnecessary waste or by manufacturing products likely to be recycled for repetitive use.

What Pharrell Williams said in Ecouterre article ‘Fashion can be a player in Protecting the Planet’ is worth mentioning, “Fashion can be a universal player in protecting the planet. Fashion is certainly a huge part of everybody’s lives. You wear it every day and for some people it’s a status symbol, or a statement of how much they have spent on clothes, or it’s a means of expressing who they are.”

Sustainability With Respect To Lifestyle

Do you know that when you are having a nice warm cup of tea or any sort of instant packaged food you are perhaps taking in the plastic? Yes, you heard it right. We consume significant amount of plastic every day without even realizing. Recklessly following the trends leave us ignorant of the fact that life taking diseases are often an outcome of these.

From bottles to home items to the plastic bags, it won’t be exaggeration to say that now the world is built of plastic. So, is it impossible to fully get rid of plastics?

Riddance from plastic, even though, cannot be achieved fully, can be controlled to a large extent. Some of the alternatives for the plastic lifestyle products are already in the market which include:

About 50% of the plastic come with products that are instantly used and thrown. Complete degradation of a single plastic takes thousands of years while it takes one moment to switch to innovative plastic free products. Choose now!

Sustainability With Respect To Nature And Cities

The concept of sustainability first came into existence in 1987 through the well known Brundtland report, before which energy crisis and greenhouse effects became the most concerned matter for the world’s Scientists.

The human development took toll over the nature causing its depletion which became obvious with the large scale species distinction, deforestation, climate change, carbon emission and various types of pollution.

Some facts state that top pollutant contributors include countries like China, Unites States, India, Russia and Japan emitting tons of carbon dioxide and other harmful gases. However, these are also the countries that have come forward to take responsibility to control the situation by bringing into use ethical ways of manufacturing.

Global warming is the key focus area for atmospheric sustainability. The United Nations Framework Convention on Climate Change (UNFCCC) is intended to sustain accumulation of greenhouse gases in the atmosphere at a level that will intercept menacing human obtrusion with the climate system.

Getting Started With Sustainable Living

Achieving sustainable development without having to compromise with comfort is not something totally illogical.

Other than social, economic, political and technical initiatives by the concerned parties, here’s what you can do to bestow on individual level to start living sustainably:

Few years back, a thought provoking advertisement hit the Indian televisions. The ad showed a father and his school going son stuck in traffic when the father casually asked his son what he wanted to do in the future, to which he replied that he will own a cycle repairing shop. Perplexed and curious father when asked him the reason was taken aback with what his son said. The seemingly 14 years old kid said that the way current generation is misusing the fuel and energy, it is most probable that nothing will be left for next generation and people will have to depend on alternatives such as cycles for transportation. The father then realized that he had not turned the car engine off and was ignorant of the amount of fuel he dissipated while in traffic. I don’t recall the brand for which this ad was filmed but it instigated a powerful thought that otherwise wouldn’t have occurred to anyone.

In fact, going on without caring about anything that doesn’t profit us in one or the other way is a gruesome human tendency. The Author Robert Swan quoted, “The greatest threat to our planet is the belief that someone else will save it.” Fully supports what another popular American proverb says, “We do not inherit the Earth from our ancestors; we borrow it from our children.”

Let us not forget that we are all just like tenants, despite our wealth, properties and lavish houses. No generation owns anything on the planet, we just live with its abundance and it always needs to be forwarded to next generation in its full capacity.